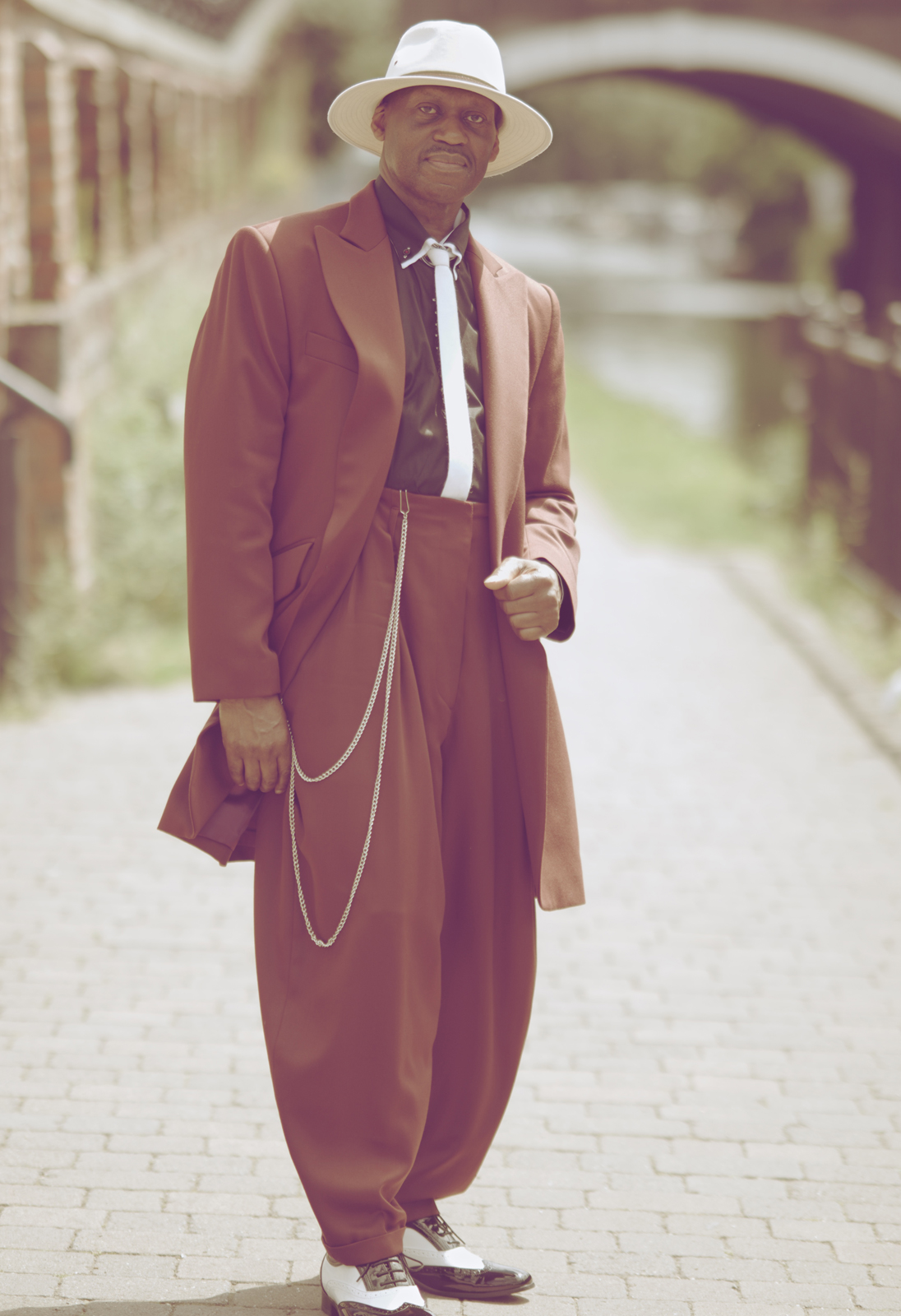 Creating a 1940’s themed wedding is hard enough – but finding a Zoot Suit off the peg that really represents the era was nigh on impossible for Adolphus Vanneca Mike who wanted to really stand out from the crowd on his special day. Luckily for him and his wife to be, Alicia, we also love the 1940’s era and knew we could recreate the look that defined the WW2 years.

Why the Zoot Suit?

It was Malcolm X who once declared that the Zoot Suit was “a killer-diller coat with a drape shape, reet pleats and shoulders padded like a lunatic’s cell” and it was African American and Mexican culture in the 1940’s that really gave the Zoot Suit the cache that it retains today.

Back at the start of World War 2, Zoot Suits were declared unpatriotic as they were considered too extravagant in their use of material at a time of austerity. This culminated in the Zoot Suit Riots – a series of racially motivated attacks on wearers that took place in 1943.

However it was the Zoot Suit that gave the wearers a measure of self-expression. They were declaring themselves as different and as something special – they became part of a group and the suit became a part of the migrant culture.

For Adolphus, the Zoot Suit was going to take him down the aisle and Miles Anthony were more than happy to take on the task of designing and creating this special suit especially for his marriage to Alicia. Their Caribbean-themed 1940’s style wedding allowed Alicia to create a starlet style, while Adolphus shone in his 1940’s Zoot Suit.

From the knee length jacket with wide lapels and even wider shoulders, through to the high waisted trouser with tight cuffed ankles, we knew that this would be a challenge we could fulfil. The choice of fabric in burgundy pure new wool that draped beautifully was the first step and was followed by careful measuring to ensure that this oversized suit didn’t look like it was meant for someone much bigger. In fact it had to fit perfectly.

For us at Myles Anthony, the tailoring of a Zoot Suit felt like a type of freedom we haven’t had for many years. The pleats, the length, the excess of material all allowed us to use our skills in new ways. It was a pleasure to bring back the tailoring of the 1940’s and for such a  special occasion.

Luckily Adolphus agreed saying “It’s so nice I could marry myself !”.